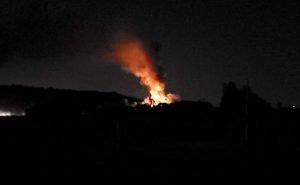 Sunday at 12:14 A.M. Greenville Township Fire Protection District received a dispatch for a structure fire located at 5231 Georgetown Greenville Rd. As the first fire units arrived, a majority of the house was already involved with fire. With an estimated eighty percent of the structure on fire, firefighters also had to deal with an inadequate water supply. With no nearby hydrants, water had to be brought to the scene with water tankers. Even then, hydrants that could supply water to the tankers were several miles away. Other contributing factors to the rapid spread and difficulty fighting the fire included large amounts of items stored in the home. One person on the scene, who was an occupant, was treated for burns on the arm. Firefighters were on the scene for just over five hours. The Salvation Army was also requested to assist the displaced occupants and provide their canteen truck for water and food for the firefighters.

The Indiana Department of Homeland Security Fire Marshals Office is investigating the fire. 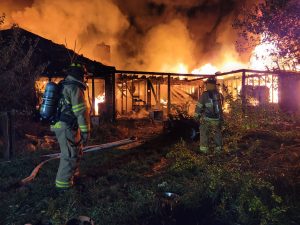 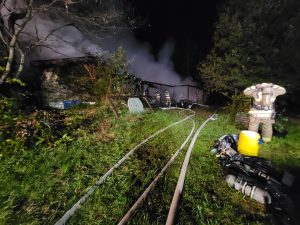 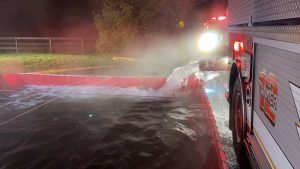