Tuesday night, just after 11pm, Lafayette Township Fire department responded to 4111 Andrew Dr. in Floyds Knobs, In. LTFPD Quad 11 arrived on scene first. They encountered heavy amounts of fire coming from the roof of the garage portion of the home. Quad 11 forcibly opened the overhead garage door and found two cars and the attic portion of the garage well involved with fire. Georgetown Township Fire Protection District and Greenville Volunteer Fire Department responded as automatic aid for the fire. A second alarm was dispatched and brought aid from Palmyra Volunteer Fire Department and another Floyd County fire department New Chapel Fire Company. The second alarm was due to the high humidity and temperatures that were taking their toll on firefighters working the scene. The fire was under control after midnight and extinguished around 1:30AM and all departments left the scene at 230AM. One firefighter suffered minor injuries and was taken to Baptist Health Floyd.

Investigators found the cause of the fire to be spent fireworks improperly disposed of in a plastic garbage can that was close to the home.

Lafayette Township Fire Protection District wants to remind everyone to use fireworks safely and extinguish spent fireworks into bucket of water for at least a day before disposing into rubbish containers. 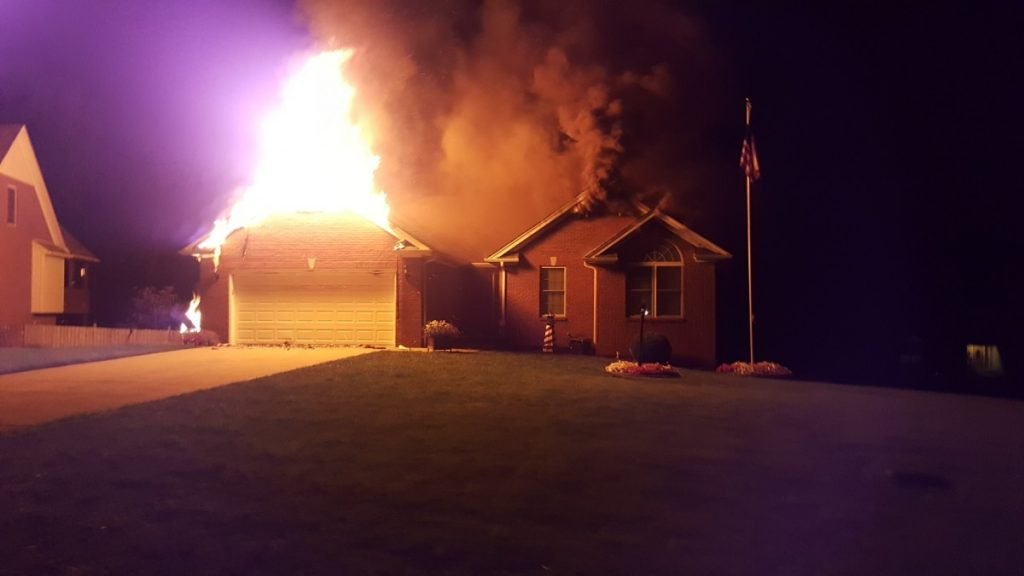