Late Tuesday night, just before 11:30 P.M., Lafayette Twp. Fire Protection District was dispatched for a single vehicle crash in the 5600 block of Scottsville Rd. LTFPD Rescue 1 arrived on scene and found a vehicle that had struck a tree and severely damaged the vehicle. Prior to Rescue 1s arrival, police on the scene attempted to access the victim but were unsuccessful due to the damage. Rescue 1’s crew were able to remove the driver side doors of the vehicle, with extrication equipment, and gain access to the victim. Extrication of the victim took twenty-two minutes from the time of dispatch.  The victim was taken to University of Louisville hospital by New Chapel EMS with serious injuries. Alcohol is suspected to be a factor in the cause of the crash and is under investigation by the Floyd County Sheriffs Department. 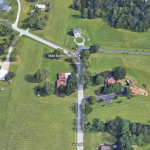 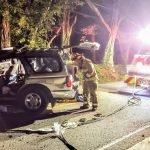 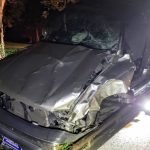